Search by Name or Keyword: 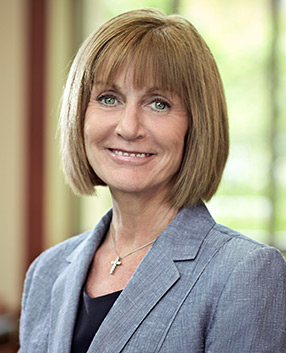 Mary Lou Mastro, MS, RN, FACHE is CEO, EEH South Region for NorthShore – Edward-Elmhurst Health, the third largest health system in Illinois. The South Region of the system includes Edward-Elmhurst Health, a 747-bed system that includes Edward Hospital, Elmhurst Hospital and Linden Oaks Behavioral Health. With more than 35 years working in healthcare, Mastro has extensive experience in hospital strategy, operations, planning, licensure and regulatory compliance, public policy and advocacy, physician relations, new business development and, as a nurse, patient care. Previously, Mastro was System CEO of EEH (2016-2021) and President & CEO of Elmhurst Hospital (2013-2016). Prior to joining Elmhurst Hospital and since 2002, Mastro was CEO of Linden Oaks at Edward, a 108-bed behavioral health hospital on Edward Hospital’s Naperville campus, with a 45,000-square foot Outpatient Center at another location in Naperville and outpatient offices throughout Chicago’s west and southwest suburbs. Mastro earned her BSN from DePauw University in Greencastle, Indiana and an MS from Rush University in Chicago.

Take an Active Role in Your Health

Remember – what you do today directly impacts how you’ll feel tomorrow. We’ll help you take an active role in feeling your best.

Stop the Spread of COVID-19

Keep your guard up and remember that we all need to continue being careful. We're in this together and we’ll get through it in time.

Take Charge of Your Health

Meet Healthy Driven Chicago – a new program focused on helping people achieve optimal health. The program is made possible through a partnership between Edward-Elmhurst Health and ABC 7 Chicago.